Woman in Black 2 was a sequel to the Daniel Radcliff horror film. Socialtyze was asked to build buzz around the story, and parlay good will from the original into box office cash.

Socialtyze and Relativity worked together to identify the key drivers for success. Hispanics quickly became a priority, as did a front-loaded campaign which accounted for the way that horror films make the majority of their money in the first weekend. The tone of the campaign had to be consistent throughout, and our data showed that dark, ominous creative was the sweet spot. We also used past movies like Oculus as a catapult to new audiences. Landscape events like American Horror Story were key on Twitter. These ingredients gave us the ability to create a quality campaign that spoke directly to their most important audience. 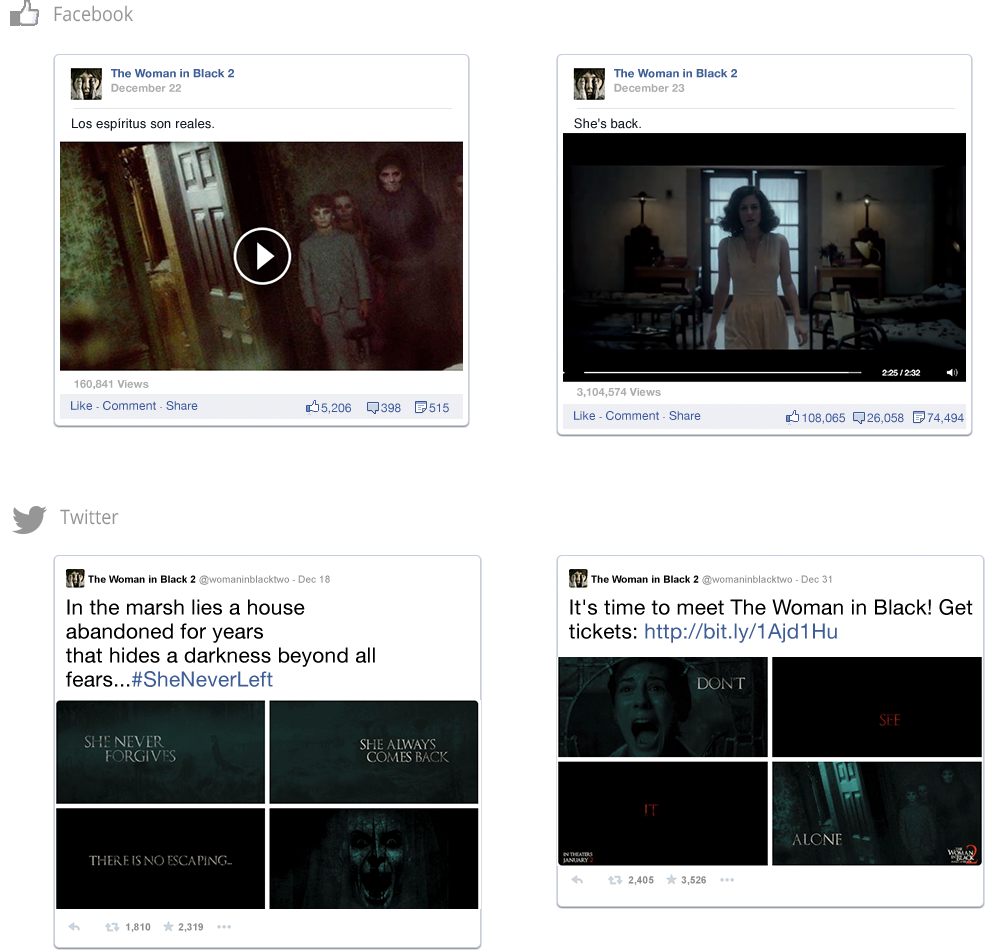 Facebook media generated more than 45 million impressions, with an estimated unduplicated reach of 41,000. The film performed at more than double the efficiency of typical movie campaigns with a $16 million opening day that made the film profitable after the first day of release.