The app offered Front Row members a chance to be the first viewers of various television programs. Entertainment Weekly needed an app they could use repeatedly for a variety of campaigns. Featuring shows like Funny or Die’s “Billy on the Street” or the History Channel’s “Vikings”, each campaign offers visitors an inside look at the latest and greatest on television. 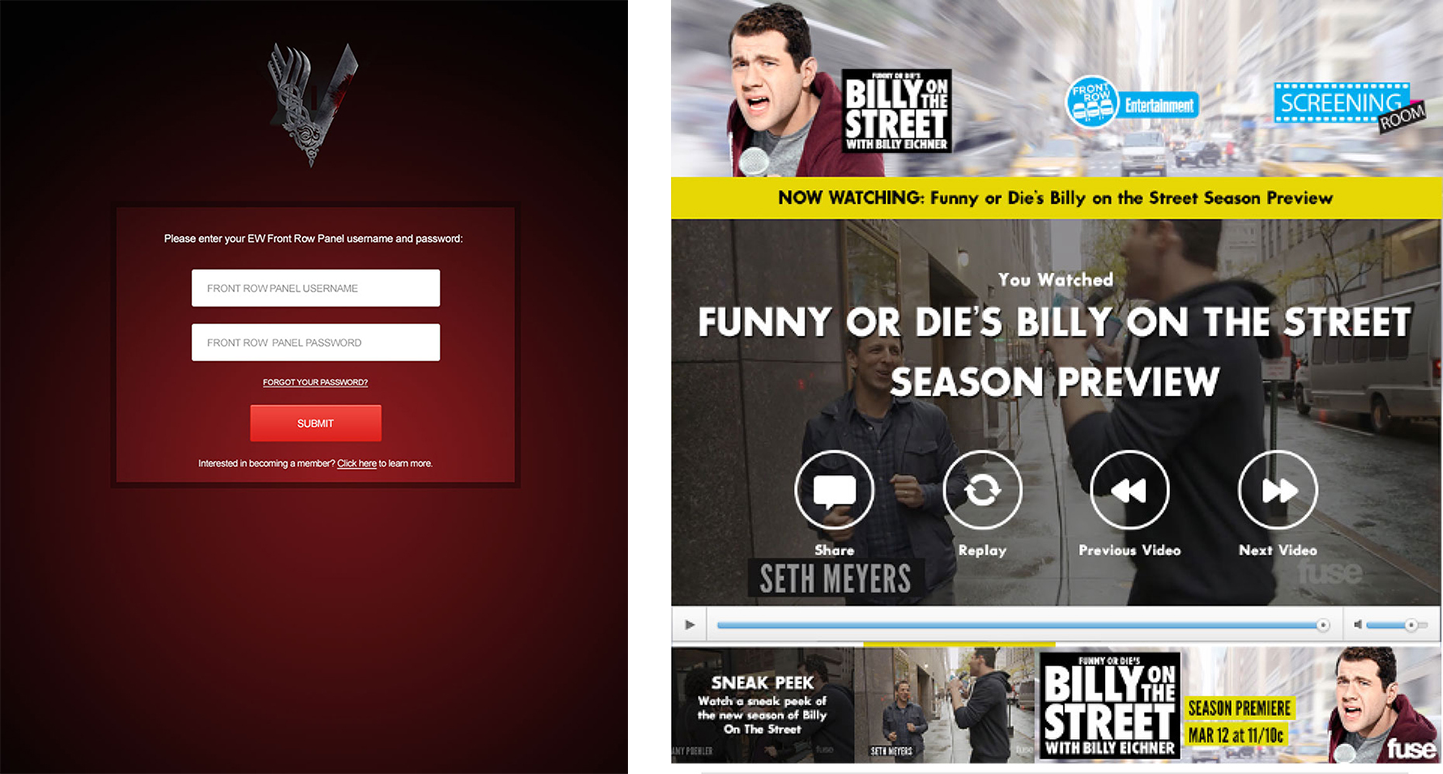