Hugo was a 2011 Academy Award winning film, telling the story of an orphan boy living a secret life in the walls of a Paris train station. After its turn at the box office had completed, Paramount turned to Socialtyze to get the movie’s Facebook page into award winning shape. In addition to driving engagement and awards buzz, Socialtyze was tasked with igniting fans for the release of Paramount Home Entertainment’s Hugo on Blu-ray/DVD.

In assessing the Hugo community, Socialtyze noticed that the social chatter began to pick up again due to the upcoming DVD release. We also noticed the page hotspots and fan behavior, as well as geographical skews. All of these nuances were factored into our social strategy recommendations. Our recommendations were to utilize the posting category that inspired the most engagement out of the fans. For this particular fan base, photo and question type posts excited them the most. 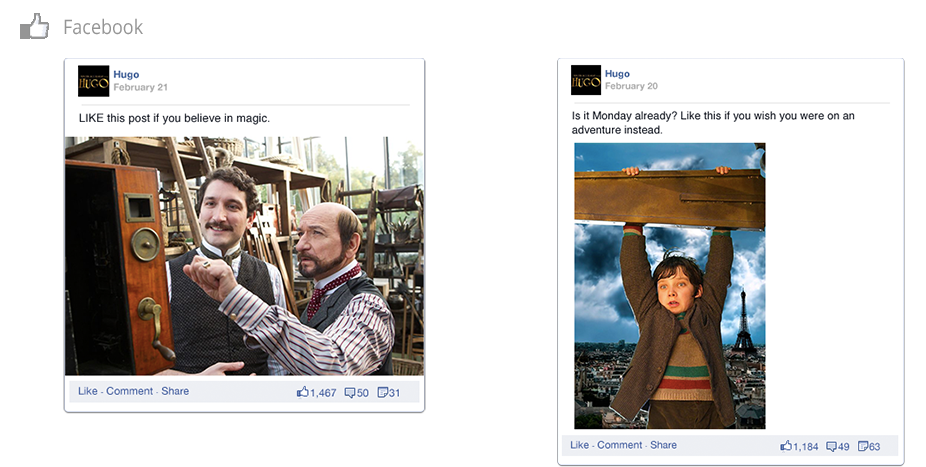 A drastic growth occurred in the page as it approached the second half of the campaign. Not only were we able to increase the average engagement per fan, but we also grew the community by more than 30K new fans, all by tailoring the posting strategy to those fans who cared the most. By igniting new and old fans with clear calls to action and using valued content over deals and giveaways, we were able to increase reach by 33%.