IHOP has one of the most classic menus in American culture, with food that sparks fond memories for people around the country. Socialtyze was tasked with creating an interactive campaign that would celebrate IHOP’s food with a contest as classic as the brand itself.

Socialtyze developed and ran a Facebook app during the month of March called Breakfast Bracketology/Morning Madness, a play on the NCAA’s Basketball Bracketolgy/March Madness tournament. The difference: Rather than basketball and ESPN news, IHOP fans voted on their favorite menu items and we produced a YouTube video series called Morning Madness, which gave fans comical updates of “game play” in a SportsCenter-like environment. 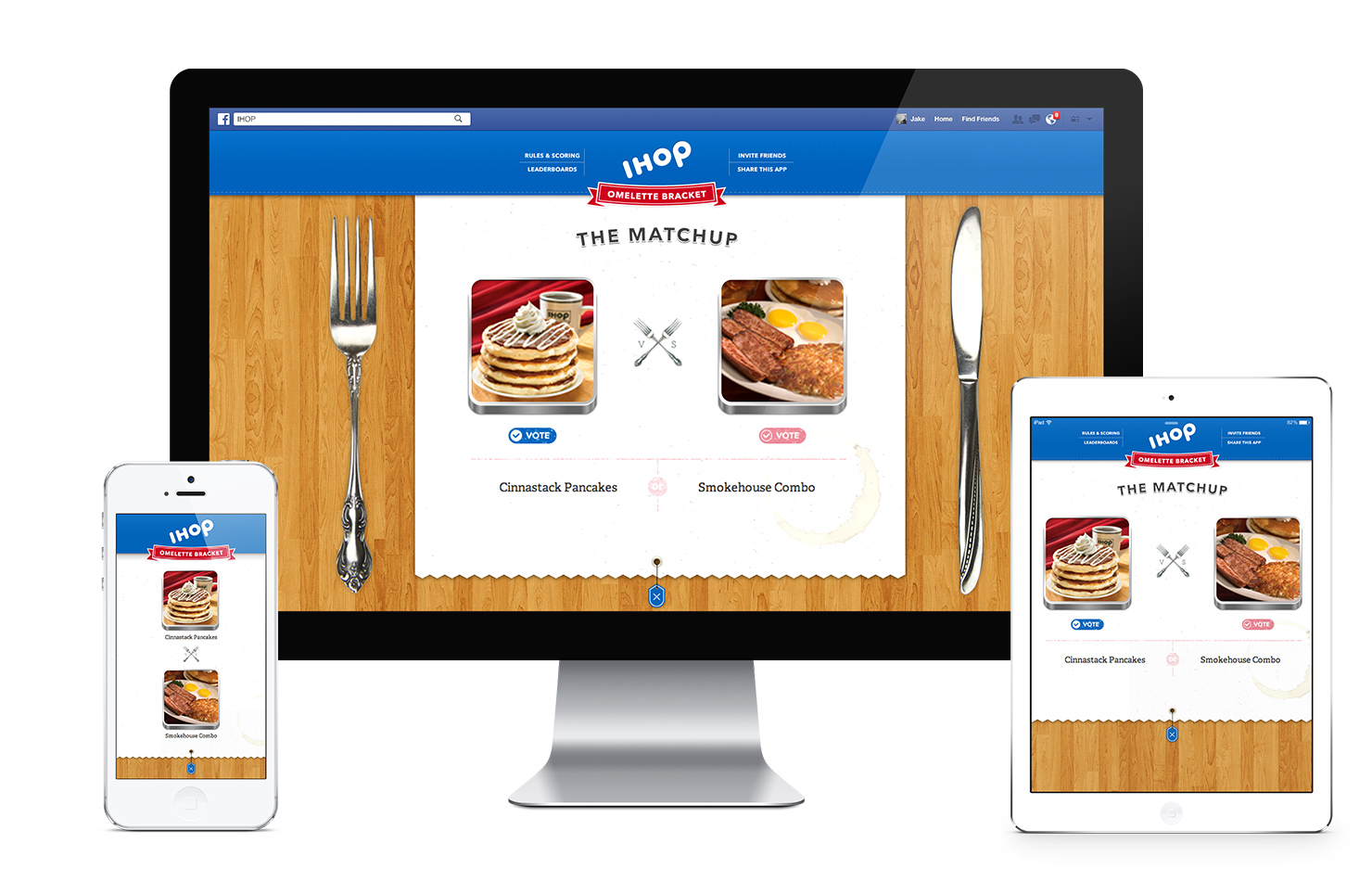 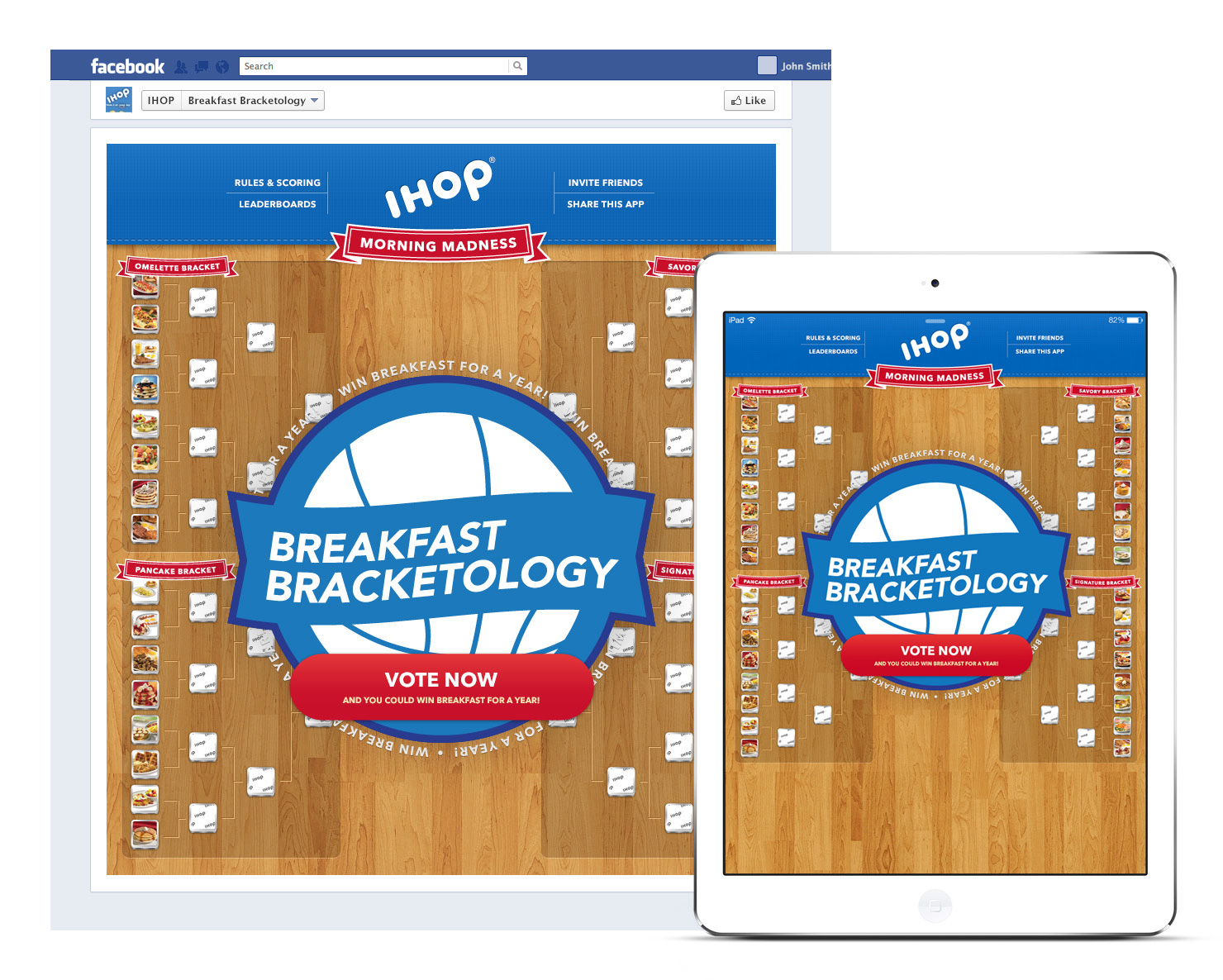 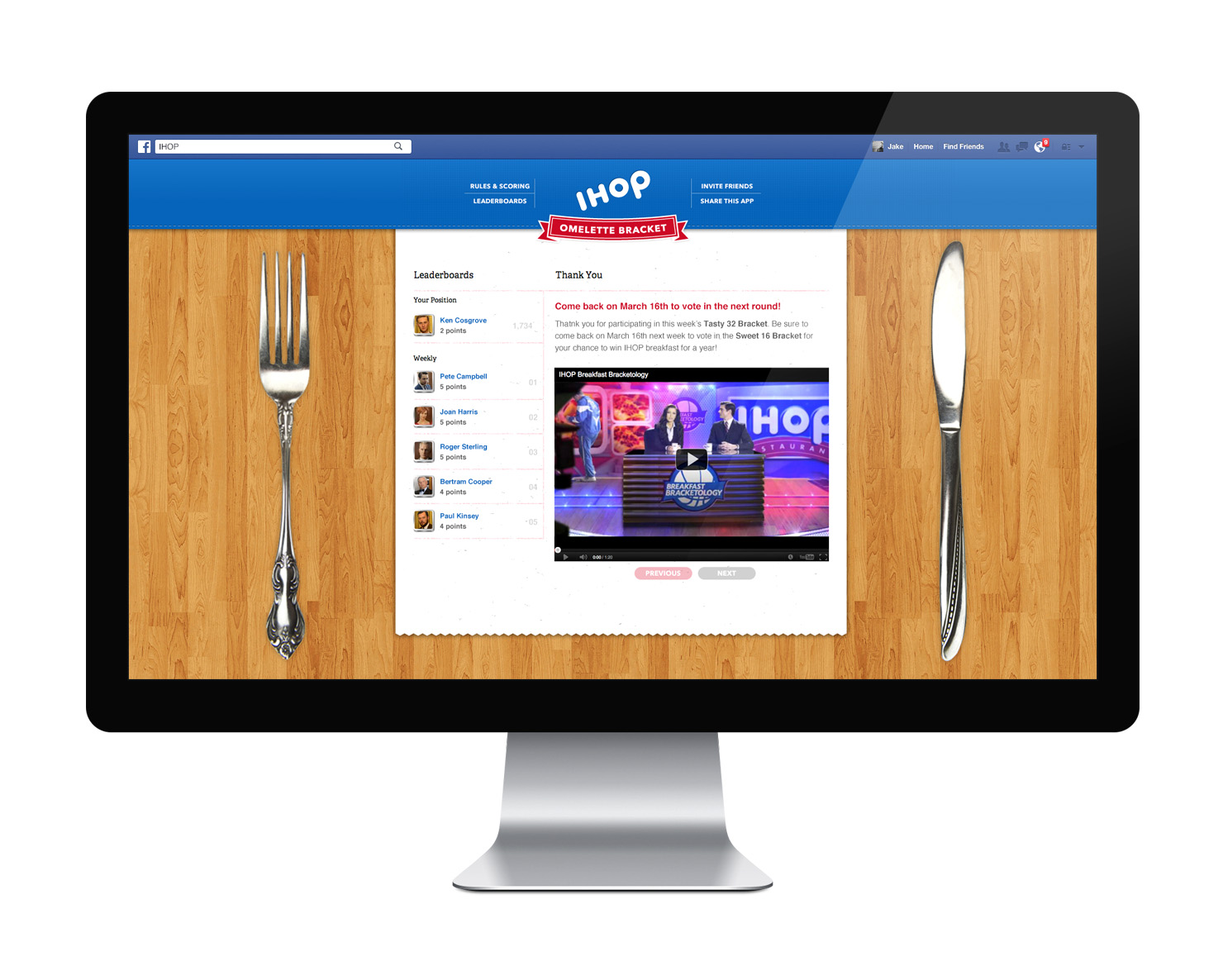